former head of CIMA at Kaplan

In this article, we're going to look at the primary objectives for different types of entities - that is, the main reason that companies and other organisations exist. We'll start by looking at profit-making entities - standard companies. This hopefully will be something you're pretty familiar with already - namely, the objective of maximising shareholder wealth. We'll then look at not-for-profit organisations, things like charities or the public sector, and consider why they exist, and how it presents a few more challenges than a profit-making company in the context of objectives. Then we're going to look at some calculations and analysis pertaining to profit-making entities.

So, let's start with the objectives of profit-making entities. The primary objective, as mentioned above, is to maximise shareholder wealth. The reason you exist as a profit-making company is to make your owners richer. Now, there are two ways of making your owners richer. Firstly, you can make your shareholders richer by giving them money today, a cash dividend. A second way you can make your shareholders richer is to reinvest it in the business, and by reinvesting it, you make the company worth more, and the share price grows. So, these are two ways of making your shareholders richer - the shorter-term approach of giving them cash now as a dividend; or the longer-term reinvestment approach of pumping surplus cash back into the company, in the hope that the share price grows.

That leads us on to the key question of what's more important for a profit-making company: Is it cash, or profits? Well, although the name is "profit-making entity", it’s actually the cash that is far more important. You need cash if you're going to pay a dividend, and you need cash if you're going to reinvest in the business. So, of those two, cash is actually much more important. That links us to the concept of Net Present Value. You may well have encountered Net Present Value in your earlier studies. This is an analytical technique (often used in project appraisal) for deciding whether or not to go ahead with a particular project or investment. A Net Present Value is reliant on cash, not profits. We do the calculation based on cash flows. This makes Net Present Value a really powerful tool because it links back directly to our goal of maximising shareholder wealth. It’s the best way for a company to make decisions.

Let's move on now to not-for-profit entities - things like charities or the public sector. Organisations like Oxfam, Greenpeace, or even the Housing Association in the public sector. Now these tend to be much messier when it comes to determining where the organisation is going, i.e. coming up with a primary objective. With a profit-making company, it's easy. We exist to make money for our shareholders and so everything comes back to the questions: “Does that make me a profit? Does that generate cash?”

With a charity or all organisations in the public sector, we don't have that clear goal of making money. So, our primary objectives tend to be based around value for money, rather than generating as much cash as possible. There are three ways of looking at generating value for money. The first concept - economy - means to start off requiring/using as few resources as possible. Next, there is the criterion of efficiency, to turn those fewer resources into as much output as possible. Then finally, effectiveness - that the output that you've created needs to be fit for purpose, which is to say that it needs to be directed at why your organisation exists.

Let's have a think about a housing charity, something like a shelter that provides accommodation for homeless people. Did you ever think about economy, efficiency, and effectiveness in the context of a homeless shelter? Let's flesh it out. A shelter, a housing charity, what does economy mean for them? Well, they're having to rely on donations from individuals and grants from the government. They are by definition, starting off with not very much because it's hard to generate that money. So economy in many ways takes care of itself. Efficiency, this is certainly a huge concern. They're trying to turn their donation base into as many beds as possible. So, convert those scarce funds into as much bed space - and also perhaps supplementary services like food, soup kitchens, those kind of things - as possible. Then finally, effectiveness. Most homeless people are in cities, so there's no point in creating loads of homeless shelters in the countryside, because they're not fit for purpose. You need to create as much resources as possible in the city centers because that's where the vast majority of the need is.

Let's now have a look at shareholder wealth calculations. These of course apply to profit-making organisations, and listed organisations specifically.

The first of these that we need to take care of is total shareholder return, and this is a percentage calculation. That is, how much money in total have you generated for your shareholders? It builds in those two things we mentioned earlier, the two ways of generating shareholder wealth. Firstly, how much dividend are you giving them? How much cash are they getting out? And then, the capital gain. On the top of the formula (see image below) there is the increase in the share price. Then we divide that by the share price at the start of the year, times 100 to turn it into a percentage. It's really important that you get the start of the year, because we're seeing how much return is being made based on the investment that was made at the beginning of the year.

Next, you need to understand what makes up a share price. One way of calculating a share price is to take your company's P/E ratio, its price earning ratio (more on that in a second), and times it by the earnings per share. If you just think about the basic maths of that: P divided by A times A gets you back to P, the share price.

A little bit more on earnings per share; that's the amount of profit that the company has made that could be given to shareholders. That's profit after tax, by the way! The level that we pay out, our return to shareholders, our dividend - and we divide it by the number of ordinary shares, not including preference shares.

I just want to talk a little bit more about that P/E ratio before we move on. The P/E ratio, price divided by earnings, is an indicator of market confidence. A high P/E ratio means that someone is willing to pay a lot for that share (the share price) compared to the earnings of that share, how much it's making. If you're willing to pay a lot for something that's not currently making you very much, that means you're confident in its future. So, think of the P/E ratio as reflective of confidence in the organisation.

Let's now practice some of these calculations. Here's an example that we're going to use for our shareholder wealth calculation. We're told that the share price of Neiman Co. rose from $4 to $4.60 last year, and during that year, they paid a dividend of $0.24 per share. We're asked what the annual return to shareholders is, the total shareholder return? Before we move on, why not have a go at the calculation yourself?

We're now going to have a look at more of an analytical question, and this one pertains to earnings per share. So, we're dealing here with two companies, Bella and Pete, that are in the same industry. They've got the same level of earnings, so the same profit after tax, but Bella has a higher P/E ratio. Given this information, which of the following statements is true?

- Bella has a higher market capitalisation. Market capitalization is the value of all of the shares added together.

Have a think about each of these yourself before reading on, and then we'll compare notes!

Now, the first of these statements: Bella’s shareholders are more exposed to risk. We're told that they're in the same industry, these two companies, Bella and Pete, so it's reasonable to expect that they face more or less the same risk if they're in the same industry. So, that's my starting point, but I’m told that Bella’s got a higher P/E ratio. That means that investors are willing to pay more for Bella’s shares than they are for Pete’s shares, meaning they're more confident in Bella, and therefore, it's likely that if anything Bella is a lower risk company because investors are more willing to put money there. So we can dismiss that statement.

So, the answer here is the third statement: Bella has a higher market capitalisation, it’s shares are worth more.

To be fair: If you went for the first option here - Bella’s shareholders are more exposed to risk - there is an argument that you could use to get to that. The reason being that, if your investors are paying more to buy Bella’s shares because it's got a higher share price, but the earnings are the same as Pete, then you've invested more for the same earnings. You're more exposed to the risk of the company not growing. But that's not as good an explanation as the high market capitalisation, the shares being worth more. So, that is the best answer, the third one. The "next best" answer is the first one. 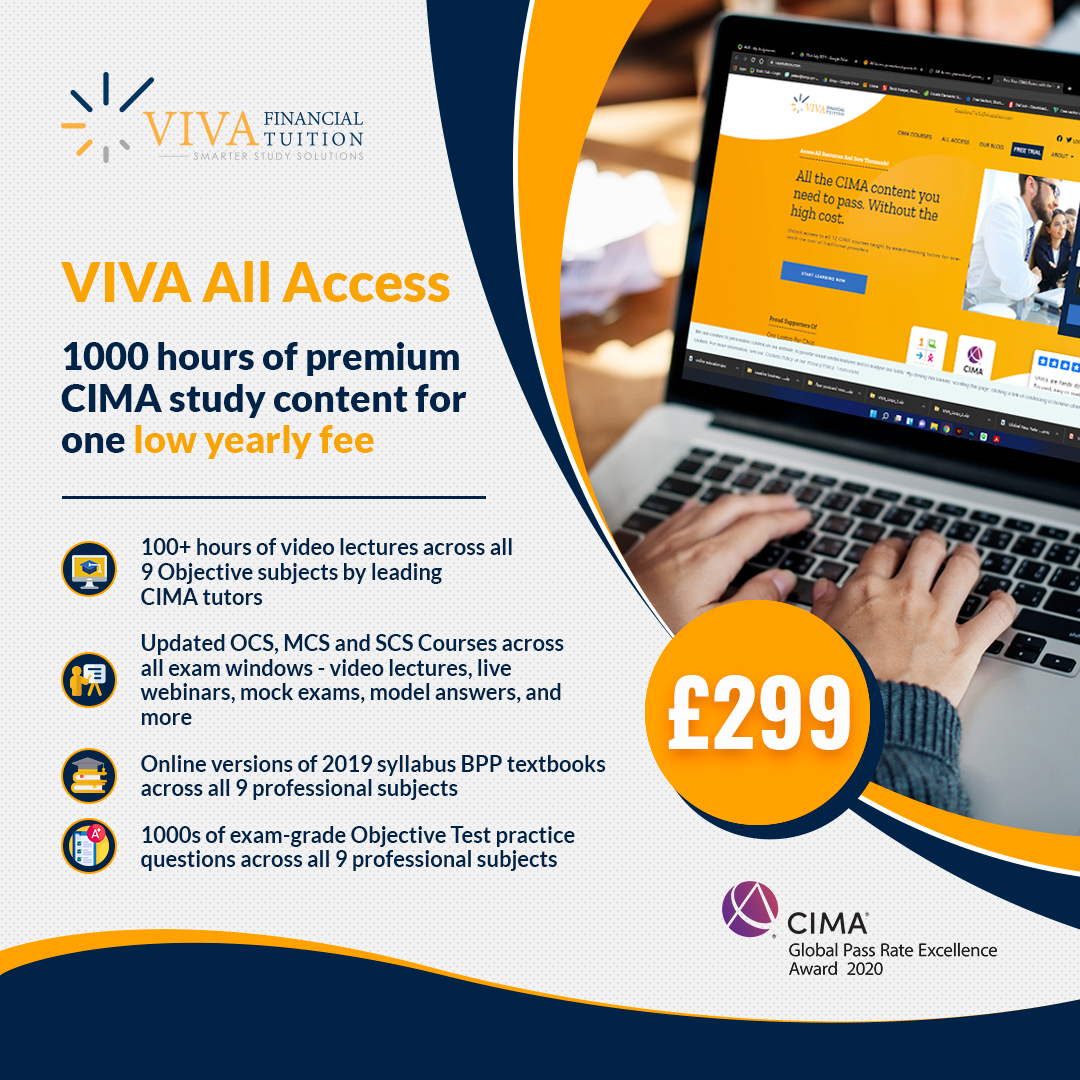